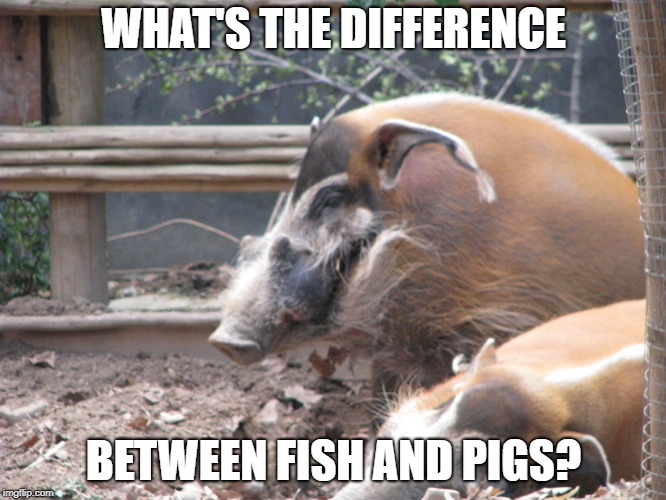 Some guy on TV stuck on a desert island was declaring himself a pescetarian.

That doesn’t mean he was annoying – even though he clearly was.

It meant that he only eats fish.

He was doing a big boy cry as some others wanted to kill a pig.

So I asked him through my TV :

“What’s the difference between a fish and a pig?”

Is there a superior morality in not eating one and not eating another?

He did not respond.

Proving I am right once more.

A pescetarian is a portmanteau word, combining the Italian word for fish – pesces – with vegetarian.

A portmanteau word describing a particular kind of madness for which there is no cure.

Pesky can  only be used on old episodes of Scooby Doo.

I had to get special permission from Hanna-Barbera for the last sentence and earlier reference.

Piggies are not for hands, it’s Teddy Bears

24 thoughts on “Whats the difference between fish and pigs?”